So You've Been Referred to OSSJA. What's Next?

If your question hasn't been answered here, check out our FREQUENTLY ASKED QUESTIONS page.

The UC Davis Code of Academic Conduct, adopted in 1976, builds upon an earlier, student "Honor Spirit".  This spirit directs students to behave honestly, fairly, and with respect for others in all their academic endeavors. Our Code is considered a "modified honor code" because it assigns responsibility for maintaining academic integrity to students, faculty, and the administration, and each of these groups has specific responsibilities with respect to this endeavor.

The Office of Student Support and Judicial Affairs (OSSJA) represents the administration, and is delegated to administer the student discipline system, promote academic integrity and enforce standards of conduct that aim to create a learning environment that is fair and equitable for all students.

The student members of the Campus Judicial Board work with OSSJA to uphold academic integrity and to promote responsible conduct. Although addressing misconduct and serving on formal hearing panels are difficult tasks for students, research shows that the attitude of student peers — and whether they condemn or condone cheating — are crucial in creating a campus climate that supports academic integrity. This is why CJB service and outreach efforts are so important.

The Role of Students under our Code of Academic Conduct

The Code of Academic Conduct makes it clear that students are equal partners with faculty and OSSJA in upholding academic integrity on our campus. Under the Code, student responsibilities include:

●  Behaving honestly, fairly, and with integrity in all their academic work.

●  Desisting from behaviors that are disruptive or unfair.

●  Taking group as well as individual responsibility for academic integrity.

●  Reporting any academic misconduct they see or learn about to their instructor, TA or OSSJA.

●  Ensuring that they understand ethical standards for academic work, including the rules regarding plagiarism:  how to quote and cite material they use from sources and how to paraphrase correctly. Students must also be aware of class rules about whether they are permitted to work with others on graded coursework, and if so, to what extent.  If students have questions about the rules or standards that apply in their course, it is their responsibility to contact their faculty or OSSJA.  Ignorance of the rules is not considered a valid excuse.

Why Should Students Care About Academic Integrity? 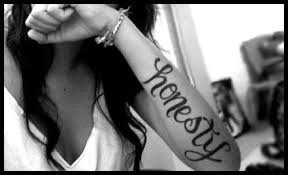 What Can Students Do to Promote Academic Integrity?